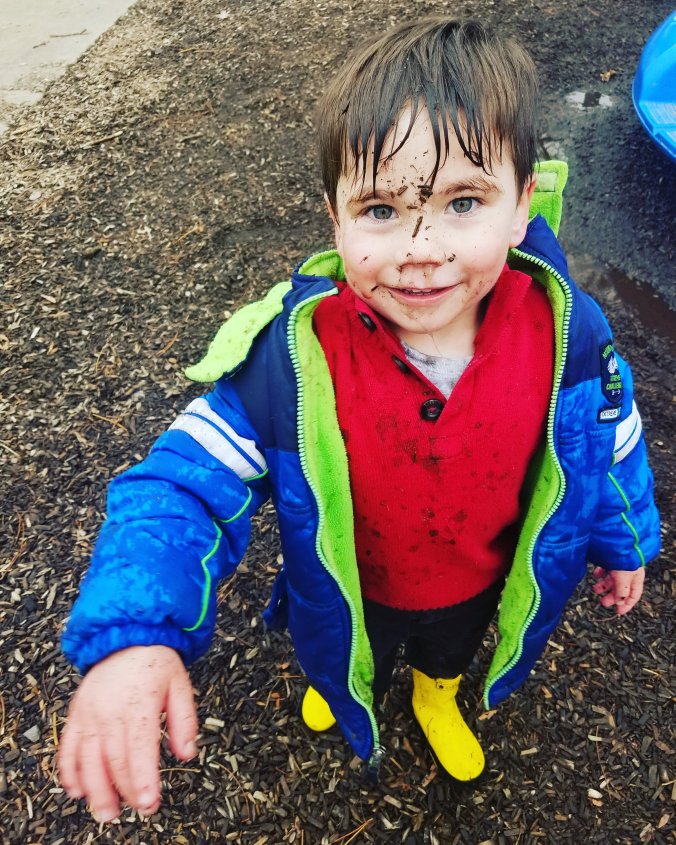 Three days ago, I bought my littlest a smoothie. As I don’t carry a change purse, I placed my coin change in the “Take a Penny/Leave a Penny” receptacle since there was no tip jar. “Why’d you do that?” Asked my 3-year-old. “Because when I put coins in there I’m helping someone else. If I need a coin one day, I can use it. If someone else needs a coin, they can use it. We help each other, right?” He nodded.

Three days and much activity later, we were in the mall — my 3-year-old, 7-year-old, and I — shopping to replenish my 7-year-old’s outgrown wardrobe while my 5-year-old son was at a birthday party. “If you do a good job, we can get ice cream from Ben & Jerry’s,” I told them (Bribery works! No shame here.)

While searching for the children’s section in a large store, my littlest sprung up in his stroller. “I found a coin!” He proclained gleefully. He held up the dingy dime to the light, admiring. He — in true tender-hearted, utterly cheesy form — hugged the dime to his heart complete with closed eyes and a maternal smile. He. Was. Ridiculous.

BUT this dirty little coin was keeping him happily occupied during our shopping expedition, so no complaints here! Hug a lint ball. Cuddle a napkin. Canoodle with a rubberband. Whatever it takes, kid.

And who would’ve guessed? That vagrant dime got us through an entire shopping trip sans melodrama. That’s right, an hour of shopping and not one peep from the stroller occupant. It was a miracle! So, as per the bribe, we headed for the Ben & Jerry’s kiosk.

“I need to go potty!” My 3-year-old loudly informed me as we entered the main portion of the mall. And so we scurried to the restrooms. (My speed invigorated by years old visions of the humbling time I had to strip down my now-5-year-old all the way down to his Paw Patrol shoes and wrap him in his coat like a toga all because I hadn’t made it to this very restroom in time.) No coat toga today! I told myself. Scurrying through the food court, zigzagging through meandering patrons, dodging mopping staff, calling “Gotta keep up!” to my 7-year-old who raced behind me, her eyes wide and sparkly light-up sneakers blinking to the beat of her gait. WE MADE IT! 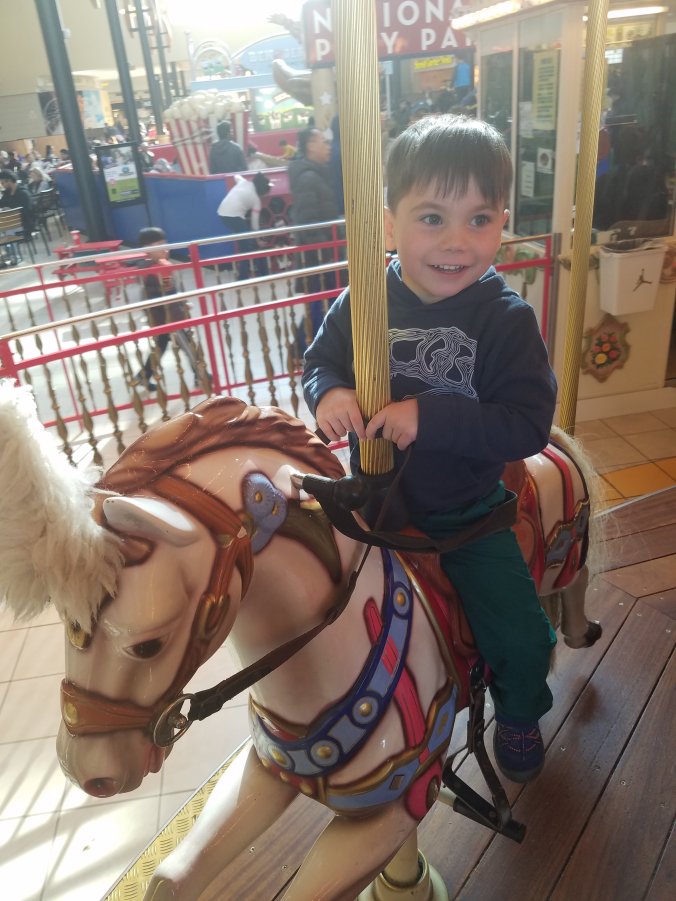 After he finished his bathroom duties, my 3-year-old fetched his coin from the stroller. “He needs a bath.” He told me as he gingerly washed the coin. I smiled at the sweet silliness. After he’d tenderly dried his beloved dime, he climbed face first into the stroller– because who doesn’t climb with their face? — and off we went to Ben & Jerry’s.

As we awaited our dairy-free scoops of Coconut Almond Fudge, my littlest peered over the counter watching the young employees buzz about. Perpetually in motion. Perpetually friendly. “Mommy, can you lift me up?” I hoisted his sturdy frame out of the stroller to broaden his view of the ice cream happenings. He scanned the counter. “Hi!” Smiled one of the young women hurriedly scooping ice cream as she crinkled her nose at him. He grinned, shyly tucking his chin into his chubby neck. Then he shocked me.

As another young employee kindly handed us our ice cream, my 3-year-old looked at his dime and, without saying a thing, placed it in the tip jar, then casually climbed back into his stroller. “He gave us a dime!” The attendant shrieked to her coworker. They both cooed and thanked him. I stared at him in amazement. Disbelief. 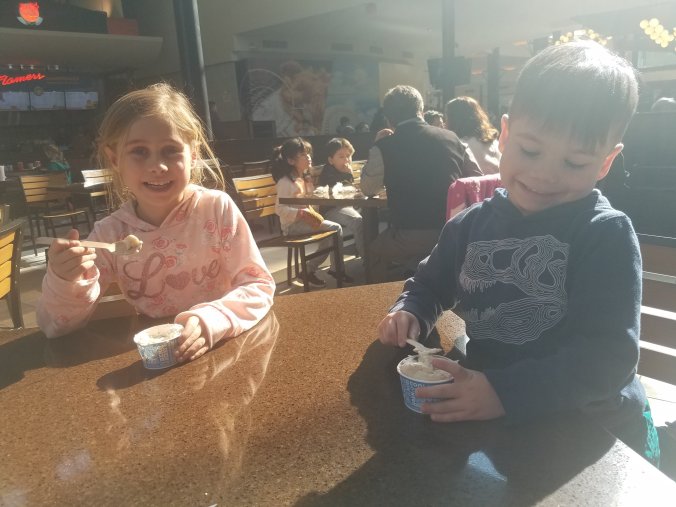 This kid had literally given his last dime — the dime he’d hugged and cuddled for the last hour, the dime he’d bathed in a public restroom sink — to these strangers. He did so without hesitation. Without regret.

As he sat enjoying every bite of his well-earned ice cream I stared at him in amazement. In wonder. In pride. In admiration. This child who bellyflops in mud puddles, climbs with his face, curiously takes apart any toy, cries from his heart if he’s done wrong, loves earnestly but makes you earn any affection… this child has so much to teach me. So much to share. So much to give.

“That was nice of you to give them your dime,” I said to him. “We help each other,” he said, scooping another bite of fudgy ice cream into his chocolate smeared mouth.